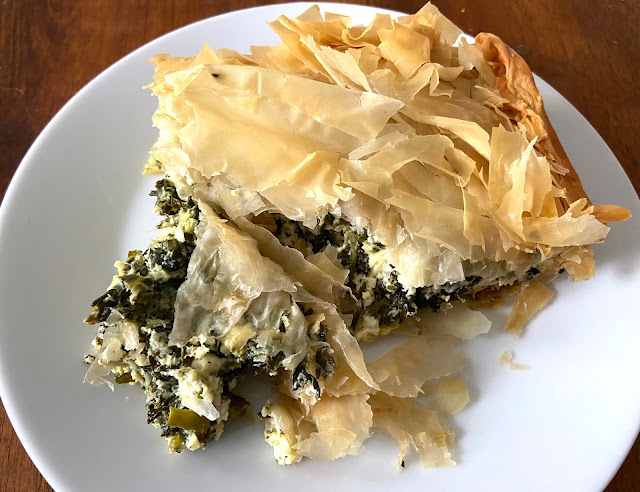 Here is what I grazed on all day of the Superbowl: a beef taquito, potato chips and French onion dip, everything bagel pretzel chips and queso, a liter of Coke, buffalo wings, celery and blue cheese dip, a handful of super sour candy, and two gin and tonics with lime. No wonder I woke up at 2am with nasty acid reflux. After that Chiefs loss, I’m still trying to figure out if that binge was worth it!

SO, back to a week of healthy Mediterranean dishes. These are so GOOD, it just doesn’t feel like deprivation. Spanakopita is classic. This version is baked in a casserole dish, but you could assemble the cute triangle pockets (too fussy for me; I struggle enough with the phyllo). Top it with an over easy egg and you have a sexy breakfast.

The eggplant bites really surprised me. I’m not a huge fan of any of these vegetables, but together, whoa. Use your favorite marinara for a smart shortcut. Like any pizza, use up any bits you have in the fridge. Try spinach, basil, roasted tomatoes, red onion, or kalamata olives. I used mozzarella, but try using just fresh grated Parmesan or gouda. Get to the kitchen right now and feel good about what you’re eating!

For the Spinach and Feta Filling:

Before you begin mixing the filling, be sure the spinach is very well drained, and squeeze out any excess liquid by hand. To make the filling: In a mixing bowl, add the spinach and the remaining filling ingredients. Stir until all is well-combined.

Unroll the phyllo sheets and place them between two slightly damp kitchen cloths.

Prepare a 9 ½" X 13" baking dish like this one. Brush the bottom and sides of the dish with olive oil. 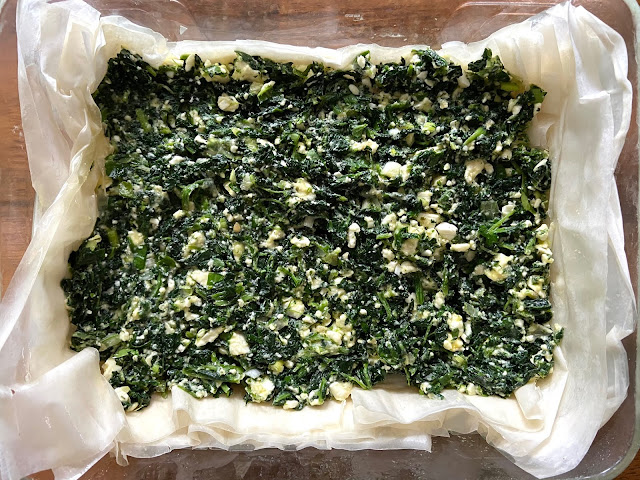 Continue to layer the phyllo sheets, two-at-a-time, brushing with olive oil, until you have used up all the sheets. Brush the very top layer with olive oil, and sprinkle with just a few drops of water. Fold the flaps or excess from the sides, you can crumble them a little. Brush the folded sides well with olive oil.

Bake in the 325 heated-oven for 1 hour, or until the phyllo crust is crisp and golden brown. Remove from the oven. Finish cutting into squares and serve. 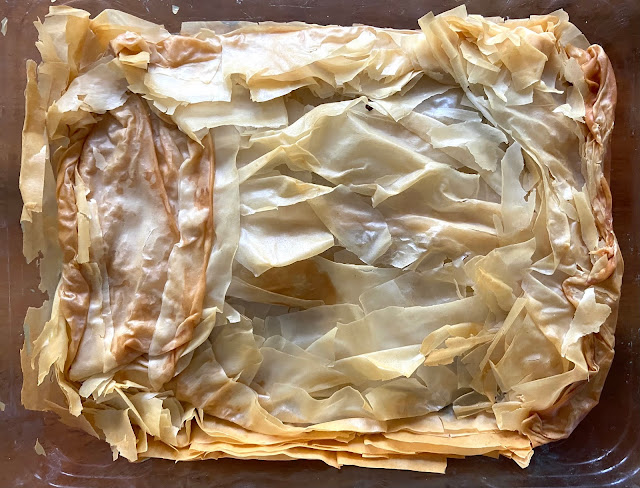 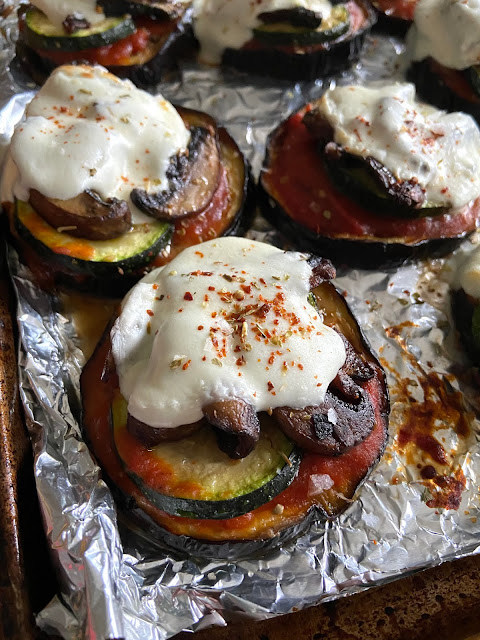 Bake on the middle rack of your heated oven for about 15 to 20 minutes or until the eggplant has softened, turning over halfway through.

Meanwhile, in a skillet, heat about 1 tbsp extra virgin olive oil. Cook the mushrooms over medium-high heat for about 5 minutes, tossing regularly until they gain some color. Stir in the zucchini briefly just until starting to soften. Season with a little bit of salt.

When the eggplant is ready, take it out of the oven and top each eggplant slice with 1 tablespoon of marinara sauce and 1 slice of fresh mozzarella.Turn the oven to broil and return the sheet pan to the oven. Broil very briefly watching for the cheese to melt (about 1 to 2 minutes). 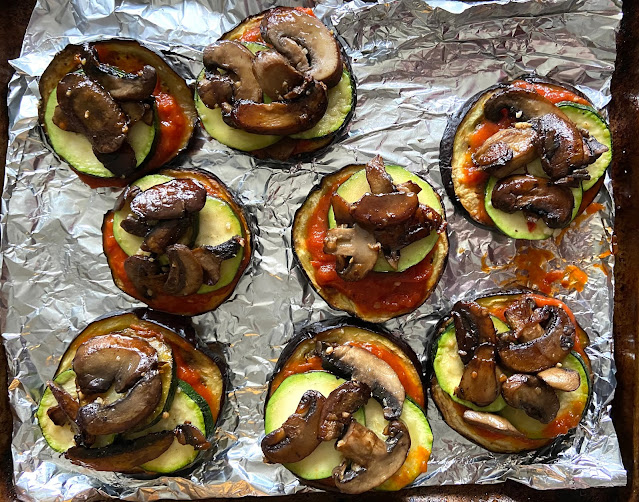