Tale of Two Zucchini Part I 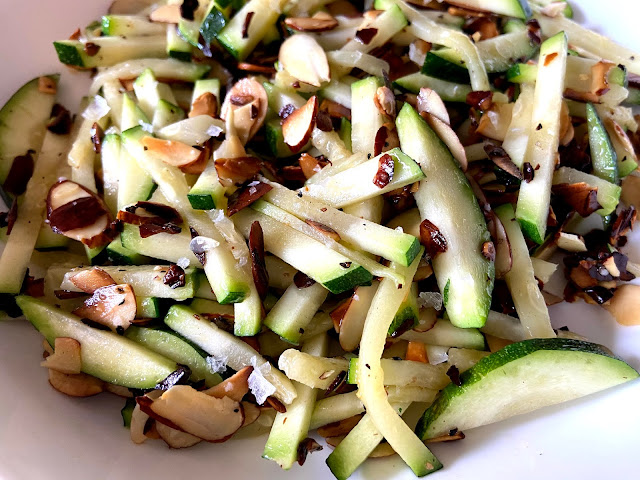 This past weekend I was hit with a veggie craving (rare these days), for me and my clients. I grabbed several items with no particular plan in mind, including two large beautiful zucchinis. Granted, this squash is more associated with summer, but they just called to me.

Turns out, they were the last thing sitting on the counter, sad, alone, not packed up cozy with new friends in a container bound for a new home. I couldn’t leave them trapped in plastic wrap on a Styrofoam tray. I had to free them, transform them! Eat them and not waste them, and feel great about devouring so many servings of veg on the verge of a long, dark winter.

This week and next, enjoy these fresh ideas. They are not the typical fried zucchini chips with ranch or zucchini bread slathered with cream cheese. Don’t get me wrong, those are delicious! I just wanted to challenge myself. And what I discovered was that sometimes the simplest recipes are the best if you allow the star ingredient to shine.

Never fear, I will return with stellar appetizers, just in time for the holiday season. I see sugarplums—and cheese-- on the horizon. Cheers.

Heat a large skillet over medium-high and add enough oil to coat the pan well. Heat the oil until hot but not smoking, then add the almonds to the pan. Cook them, stirring, until the almonds are golden-brown, approximately a minute or two. Don’t skimp on this step; they provide a depth of flavor that carries the whole dish. Add the zucchini to the pan, tossing it with the oil and almonds until it just begins to glisten, about one minute. The idea is not to cook the zucchini so much as warm it so it begins to soften. Season well with salt and pepper, slide onto a plate, top with cheese (if using) and immediately dig in. 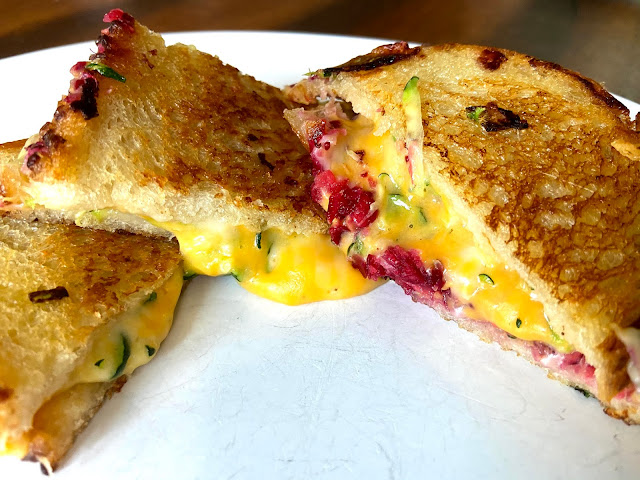 1 1/4 teaspoons fine sea or table salt, plus more if needed

8 thin slices bread of your choice, I used sliced sourdough

Use a food processor with a grater attachment or the large holes of a box grater to grate the zucchini. In a large colander, toss together the zucchini and salt. Let stand for 20 to 30 minutes, until the zucchini has wilted and begun to release liquid. Drain the zucchini in a colander and then use your hands to squeeze out as much water as possible, a fistful at a time. Place wrung-out zucchini on paper towels to drain further.

Brush or spread the bread sides that will form the outsides of the sandwiches with olive oil or softened butter. Spread zucchini-cheese on insides and close the sandwiches.

Place sandwiches on a large griddle or frying pan over low-medium heat. I like to cook grilled cheese slowly to give the centers a chance to really melt before the outsides get too brown. When the undersides are a deep golden brown, flip the sandwiches and cook until the color underneath matches the lid. Cut sandwiches in half and dig in.

-Both recipes adapted from Smitten Kittten 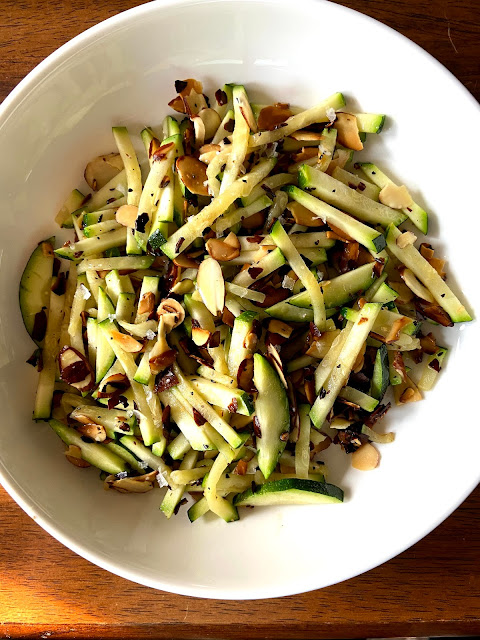