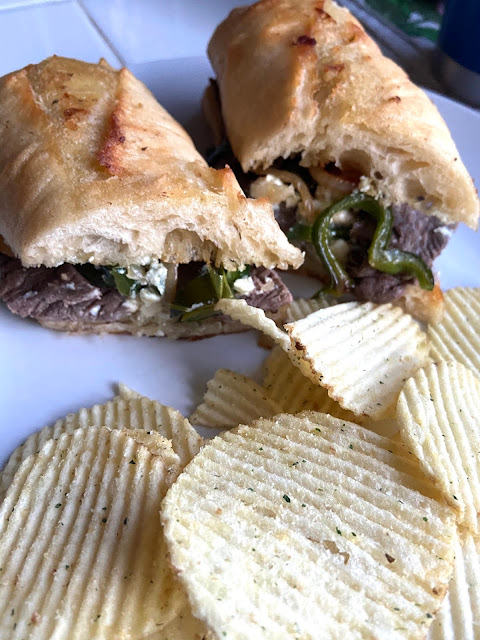 I have to admit, bread is my weakness. I actually avoid sandwiches as much as possible, unless the bread is fantastic and the sandwich is new to me. This one ticked both of my boxes. I was recently chatting with a client in his kitchen while I cooked and he lounged in his retirement recliner. We both love great food, and a good steak. I told him I love tapas and he told me about a fabulous restaurant called Curate in North Carolina. Then he loaned me the chef’s cook book. Mind blown.

Spanish food, and tapas in particular, are one of my top three cuisines. But it’s not readily available, so it hides from me even though I love it. Tapas restaurants have not quite tapped popular culture in the US. When I rediscover it, I go nuts and dive down the rabbit hole. Well, here I go again.

In coming weeks, you’ll find me dining, reviewing and adapting a much-loved tapas restaurant in Kansas City, La Bodega. In addition, I’ll visit a new tapas restaurant in Rogers, Arkansas called Comida Artesenal. Lastly, I will share a 10-course tapas meal I made for a dinner party in Kansas City recently. You will fall in love with the stunning small plates made seasonally and intended to share communally.

Enjoy the following recipe from Chef Katie Button. For Lance and I, it was a simple, surprising and delicious Sunday evening supper. Salud! 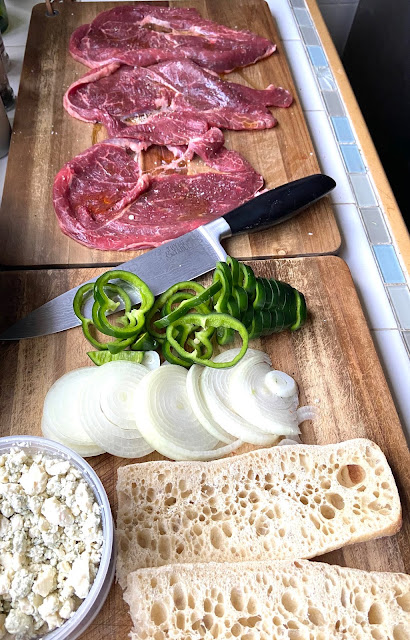 Heat a large cast-iron skillet over high heat. Sprinkle one teaspoon salt all over the steak, then season with pepper. Add enough oil to lightly coat the bottom of the skillet. When it’s almost smoking, add the steak. Cook, turning once, until nicely seared, about 3 minutes per side for medium-rare. Transfer to a cutting board. Reduce heat to low.

If pan is dry, add enough oil to coat the bottom, then add onion and pepper. Cook, stirring occasionally, until very soft, about 12 minutes. Season with ½ teaspoon salt. While vegetables cook, preheat the oven to broil, on a low setting if you have it.

Trim the ends of the baguette, then cut into four equal pieces. Cut in half lengthwise to create a top and bottom for the sandwiches. Brush the cut sides with olive oil and place on a foil-lined half-sheet pan. Broil until golden. 1 to 3 minutes. (If you don’t have a broiler, fry the bread on flat sides in a bit of olive oil in the skillet after removing veggies).

Thinly slice the steak across the grain and layer it on the bottom half of baguette. Top with onion and pepper, then sprinkle with the cheese. Return to the broiler and heat just until cheese melts, 1-2 minutes. Sandwich with the top half of the baguette and cut in half. Serve immediately. 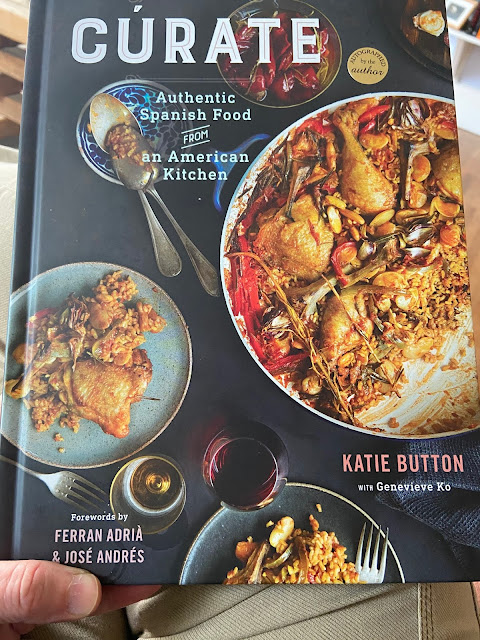