Cooking Lessons with Niece and Nephews

For Christmas, I gave each one an apron, chef's hat, and a cook book unique to their personalities. And a promise we could cook two recipes
out of their book together.
It's been hilarious and so sweet. 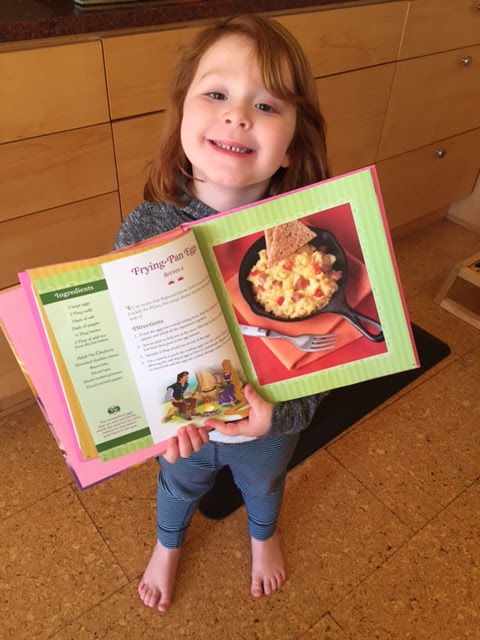 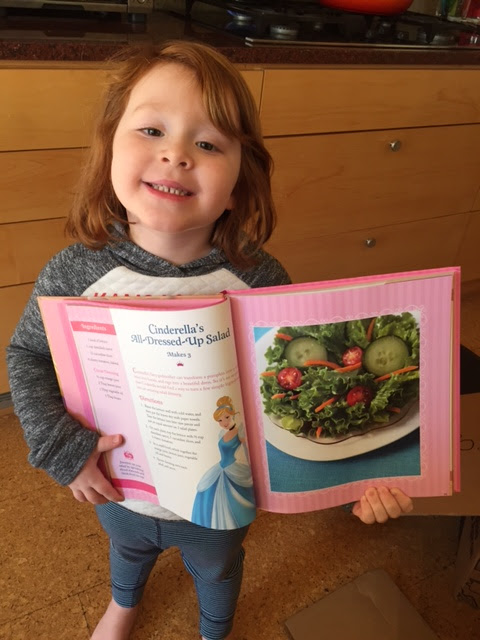 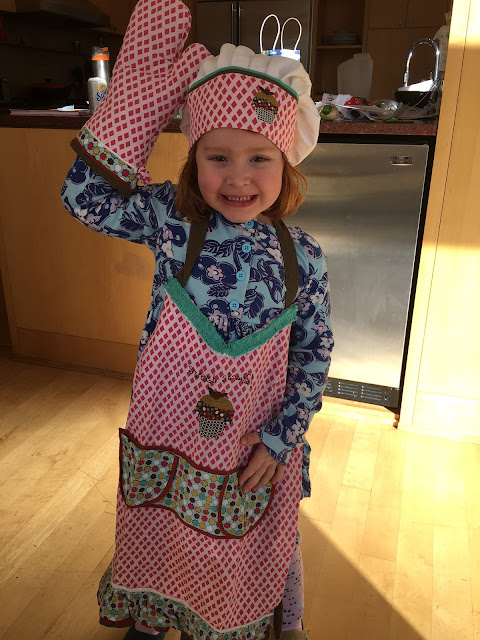 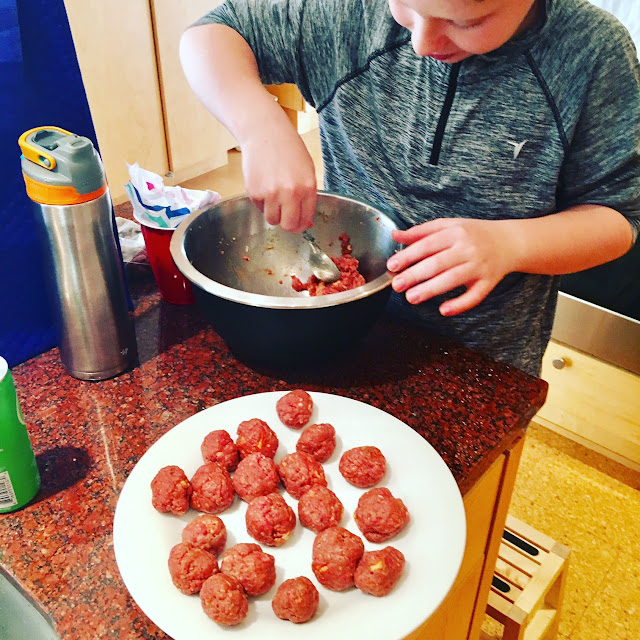 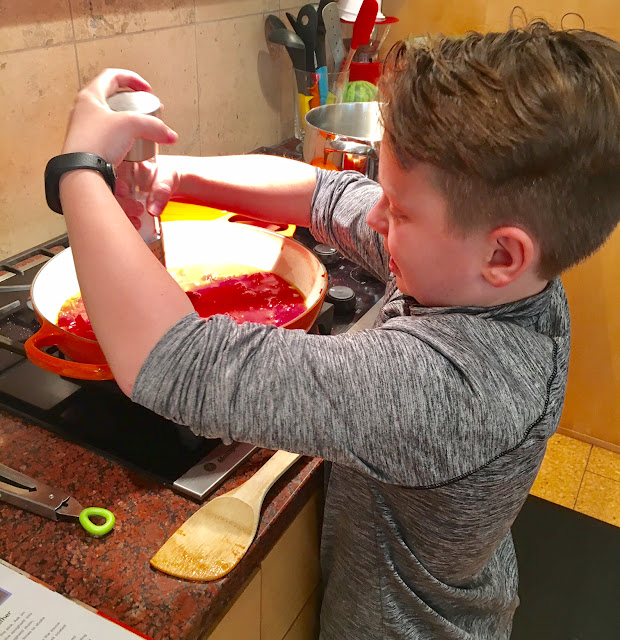 Getting the tomato sauce together. 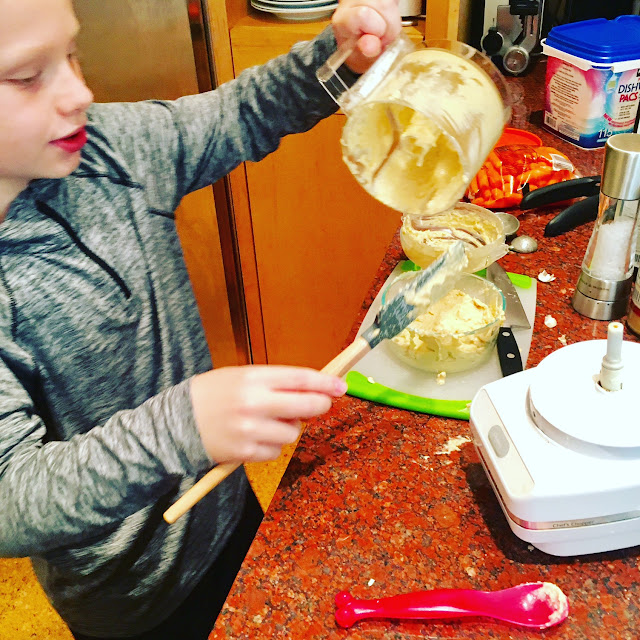 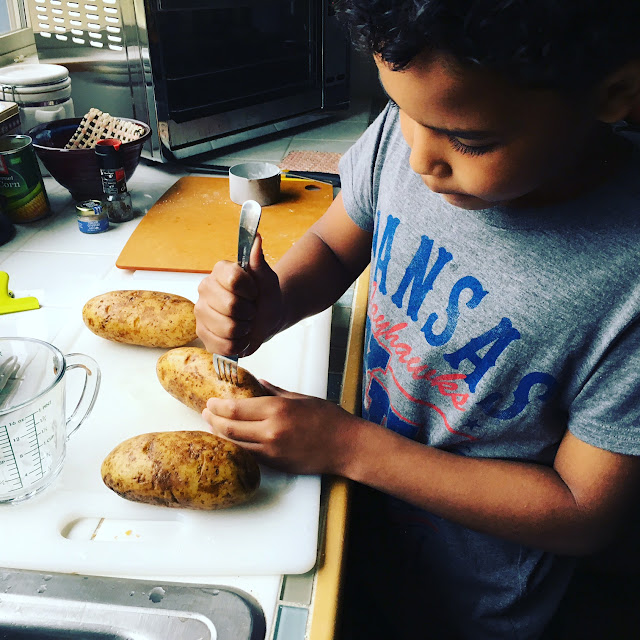 Jonah got to cook with me in my kitchen. He chose potato skins with cheese and bacon and caramel pudding. Yummers! 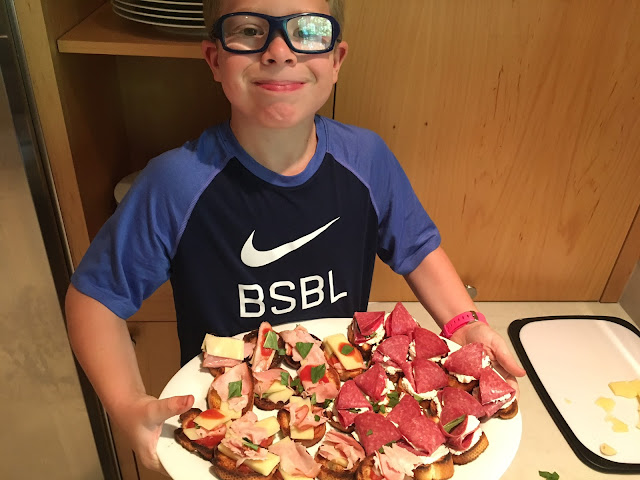 Crostini. Salami and cream cheese, and tomato sauce, ham and mozzarella. Topped with basil. Arlo was bound and determined to just prep the ingredients and let everyone assemble themselves. I tried to convince him it would be more artistic to do it himself and show off his aesthetic skills. He wouldn't budge. Then I accidentally burned the crostini, and had to save the day by individually scraping the pieces of baguette. As I scraped I made my pitch to Arlo that now we HAD to assemble ourselves, we didn't want anyone to know we burned the bread. He fell for it and everyone was in awe of his yummy bites, including me. 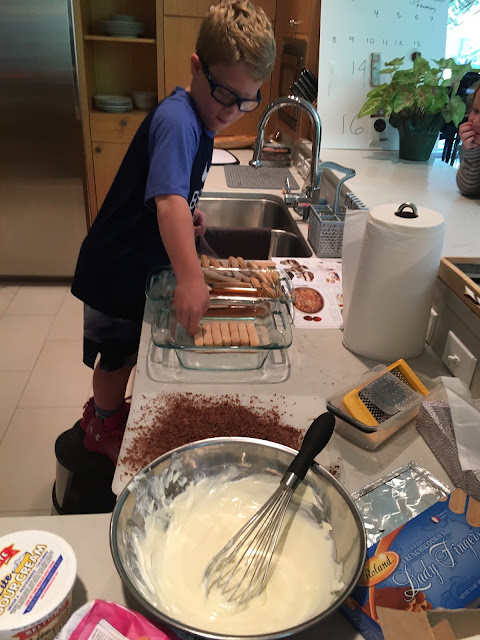 Tiramisu. We made a mess and had a blast making dark chocolate shavings.