Occasionally I'll post recent recipes or techniques I've tried for the first time. Experiments in the studio kitchen that either really worked or really didn't. I didn't include the disastrous rolls I made at Thanksgiving. I was so mortified I immediately threw them in the trash, not even to the birds! I need to learn from my mistakes. It's turning out that I'm making 2-3 new dishes per week. And as I go, I make new versions of comfortable dishes. For instance, I cooked with leeks for the first time today. I put them in a baked egg frittata dish; also new to the eggs were buttermilk instead of regular milk or cream. This version was DIVINE. The best egg dish so far! So here are a few new firsts for me... 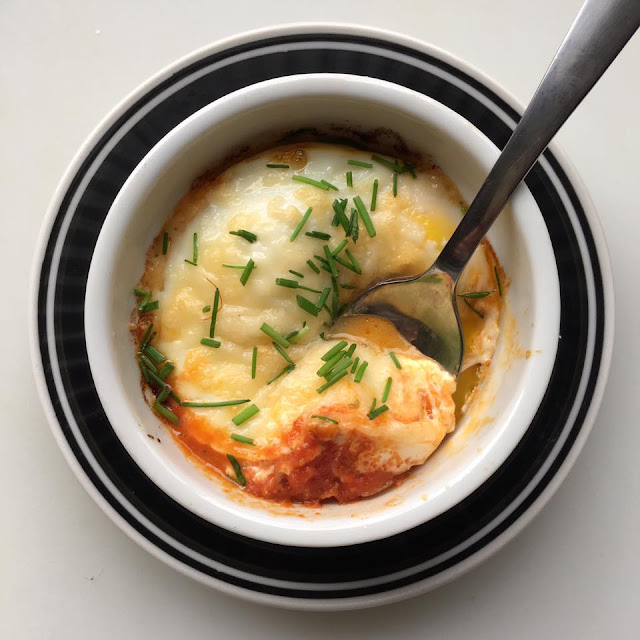 Baked egg. Layer of homemade tomato sauce garlic, smoked paprika. Layer of mozz. Cracked egg. Bake 12-15. Add parm. Broil until golden. Sprinkle with chives. Small and cooked in a ramekin. I have four of these, so would be good for a brunch dish with a few friends. 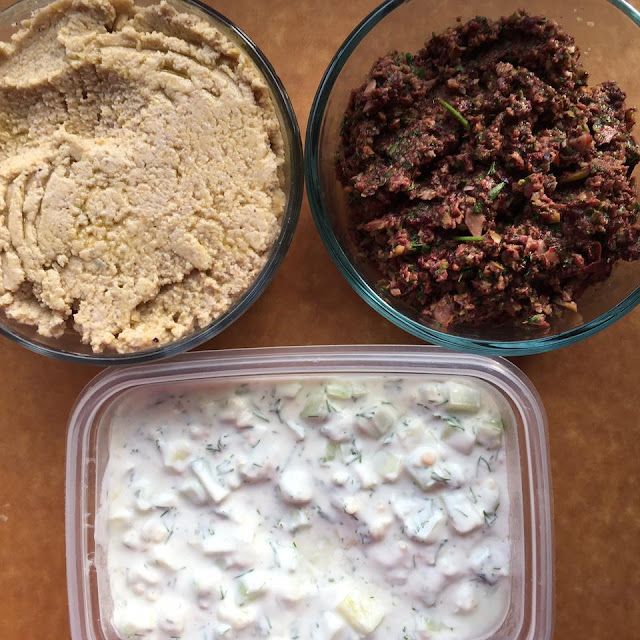 Mediterranean trifecta. I've made all of these delectable dips before, but never all three in one day. I got a brand new large food processor, so wash chomping at the bit to break it in. Chopped the cucumbers in the tzatziki by hand, but made hummus and tapenade in the food processor. My hummus is still not as creamy as I want it, even though I spent 20 minutes taking the husks off the garbanzo beans. Lately my favorite dipper is everything thin pretzel chips. But these are too salty with the tapenade, so I got some baked wheat thin crackers. Perfect. 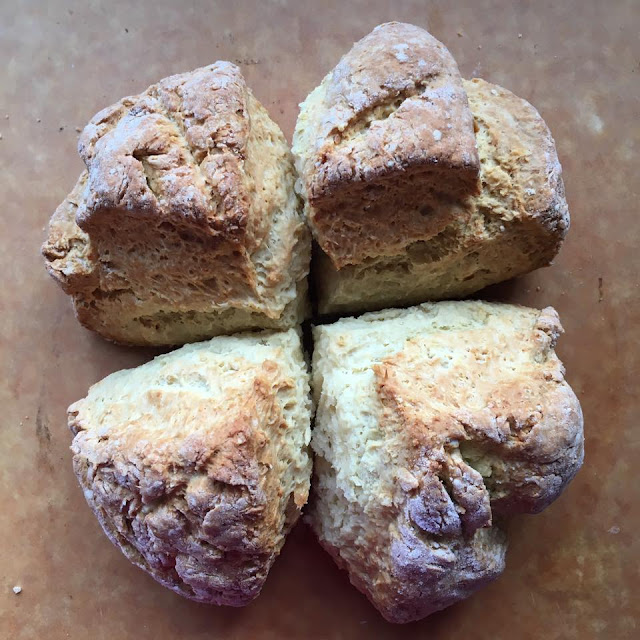 I'm very tentatively starting to bake. The dinner roll debacle at Thanksgiving was pretty devastating, so I thought I start simply. Soda bread has an interesting history. A friend shared this site with me: http://www.sodabread.info/ Check it out. Soda bread doesn't use yeast, so takes zero kneading. It's dense but tasty. All traditional soda breads only use these ingredients: flour, baking soda, buttermilk, and salt. That's it! I admit, I didn't eat this up, but that's typical for my digestive system these days. I just can't eat much bread. It was essentially my gateway to overeating before surgery, so I have no desire to head back down that road again. But I want to be good at baking bread. I might do well making more airy breads, like baguettes. There's the next one! I have to admit, I got to jonesing for these breads after watching Paul on the Great British Baking Show Masterclass episodes. LOVE THESE. Great fun. 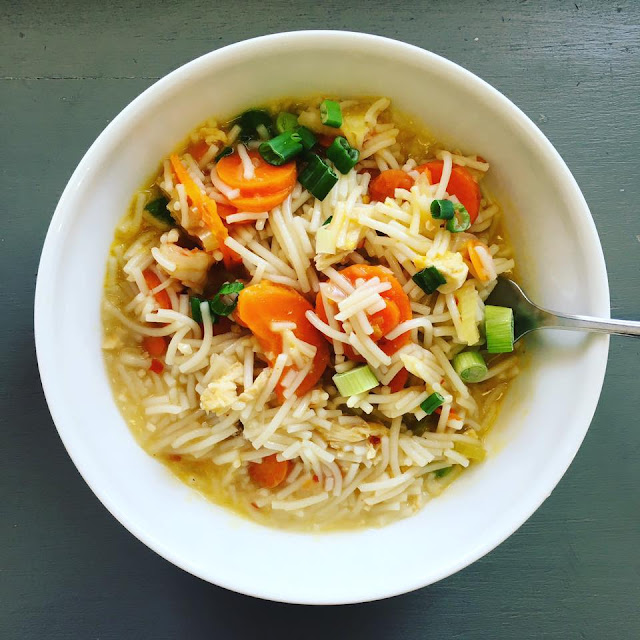 Best thanksgiving leftover soup ever. Turkey, shrimp. Carrots onion celery. Broth. Noodles. Sesame oil, Thai chili jam, green onions, celery leaves. I've made chicken noodle soup, but I was proud of this because I saved so many leftovers and transformed them into a totally different dish. It's like the greatest creative challenge to NOT throw food away, but to repurpose it. Too many households throw too much food away, it's absolutely sinful. I'm feeling guilty right now that I threw away the turkey carcasses. Now I know I could have cooked those down and made my own broth. Live and learn, people!
Email Post