Josie Mai (°1971, Kansas City, United States) makes paintings, drawings, installations and mixed media artworks. By applying a poetic and often metaphorical language, Mai absorbs the tradition of remembrance art into daily practice. This personal follow-up and revival of a past tradition is important as an act of meditation.
Her paintings question the conditions of appearance of an image in the context of contemporary visual culture in which images, representations and ideas normally function. By investigating language on a meta-level, she makes work that generates diverse meanings. Associations and meanings collide. Space becomes time and language becomes image.
Her works appear as dreamlike images in which fiction and reality meet, well-known tropes merge, meanings shift, past and present fuse. Time and memory always play a key role. By studying sign processes, signification and communication, she tries to grasp language. Transformed into art, language becomes an ornament. At that moment, lots of ambiguities and indistinctnesses, which are inherent to the phenomenon, come to the surface.
Her collected, altered and own works are being confronted as aesthetically resilient, thematically interrelated material for memory and projection. The possible seems true and the truth exists, but it has many faces, as Hanna Arendt cites from Franz Kafka. By contesting the division between the realm of memory and the realm of experience, she wants to amplify the astonishment of the spectator by creating compositions or settings that generate tranquil poetic images that leave traces and balances on the edge of recognition and alienation.
Her works focus on the inability of communication which is used to visualise reality, the attempt of dialogue, the dissonance between form and content and the dysfunctions of language. In short, the lack of clear references are key elements in the work. Josie Mai currently lives and works in Carthage.

Sounds good to me! Generated by the following website:
http://500letters.org/index.php 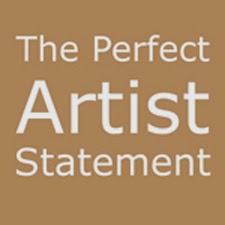