Africa, Action, and the Arts 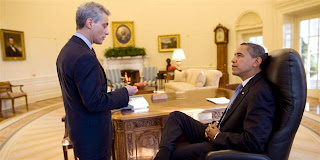 It's been a big week. The following are my passions. If you know me, you know that. In just a short amount of time, there is movement on all of these fronts, direct connections to the POTUS and his new administration.
Africa: Obama has a lot to say about Kenya. http://obamaspeeches.com/088-An-Honest-Government-A-Hopeful-Future-Obama-Speech.htm My brother-in-law is there right now, checking in with his family and starting our organization's children's home. I remember hearing that the night of the Iowa debates, he was backstage talking to Kenya as the nation's own presidential election was crumbling into violence that directly affected my family. I knew then that the needs of the continent would be addressed with him.

Action: This past Monday, MLK Day, the Obamas chose to serve their community. So I did, too. I had my class of 20 students washing windows, wiping down tables, folding pamphlets, organizing art center rooms, and reading to children. Instead of being angry that my university still holds class on this important day of reflection, I acted.

Art: Quincy Jones is calling on the new adminstration to have a minister of arts cabinet position. A direct ear of the president on issues of arts advocacy. Here are the links to the NPR story and the petition to sign: http://www.npr.org/templates/story/story.php?storyId=99450228 http://www.petitiononline.com/esnyc/petition.html
Email Post